In June of 2012 I built a replica of a Cleddau River Coracle. The source was primarily J. Geraint Jenkins' "Nets and Coracles" (1974) in which Jenkins presents a scale drawing and measurements taken by James Hornell (pp.168-170). A photo in Jenkins as well as one in Peter Badge's "Coracles of the World" (2009) were particularly helpful.

Apparently, this is a very rare type that went extinct in the early 1940s, and no known originals were preserved. At least one has since been replicated in the U.K. sometime after the late 1970s. My replica has ash batten frames and sheer streak with a pine gunwale, oak seat, and miscellaneous dunnage forming the bulkhead. It measures 4'4" long and 3'4" wide. The straight board is the bow-- contrary to what 'common-sense' might suggest. 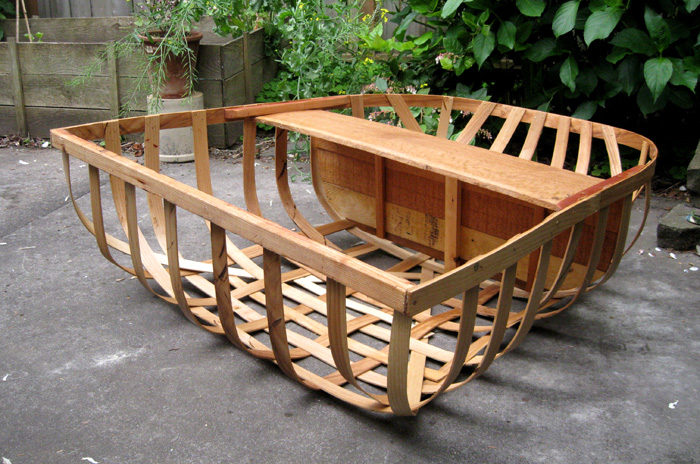 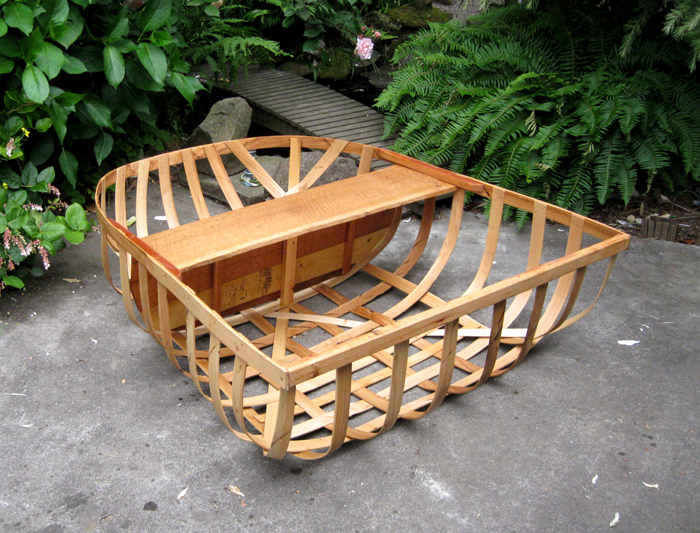 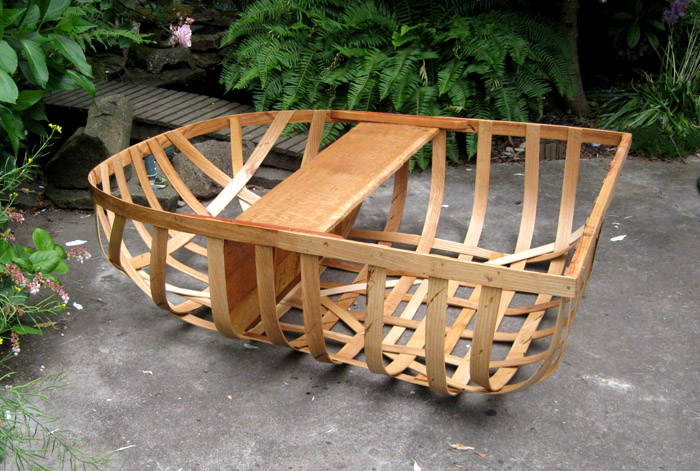 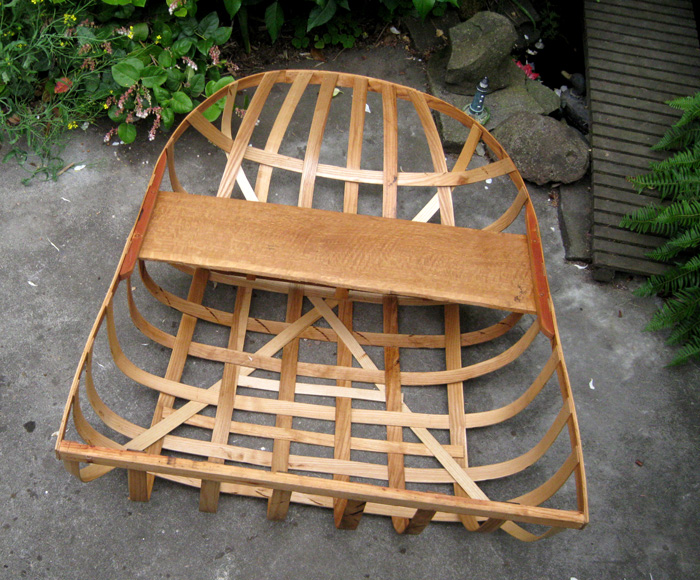 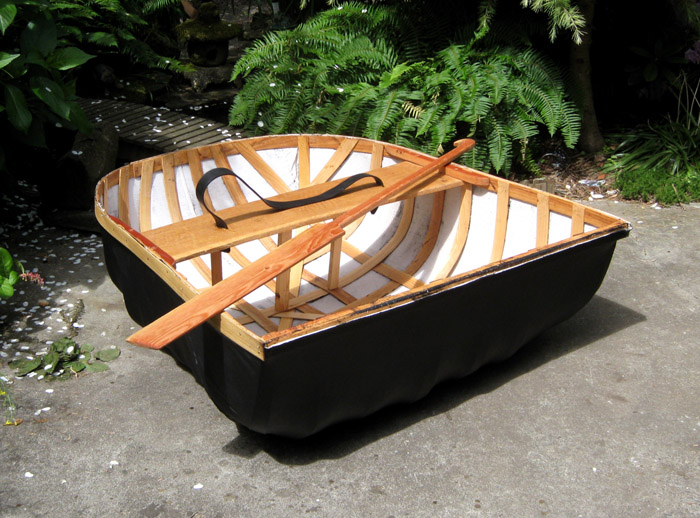 All finished-- the covering is canvas sealed with tar. The strap in the seat is for carrying the coracle. The finished weight is about 12 pounds. 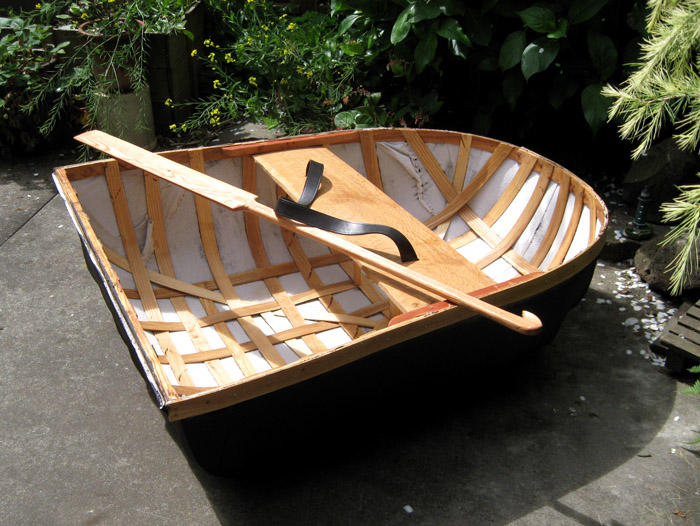 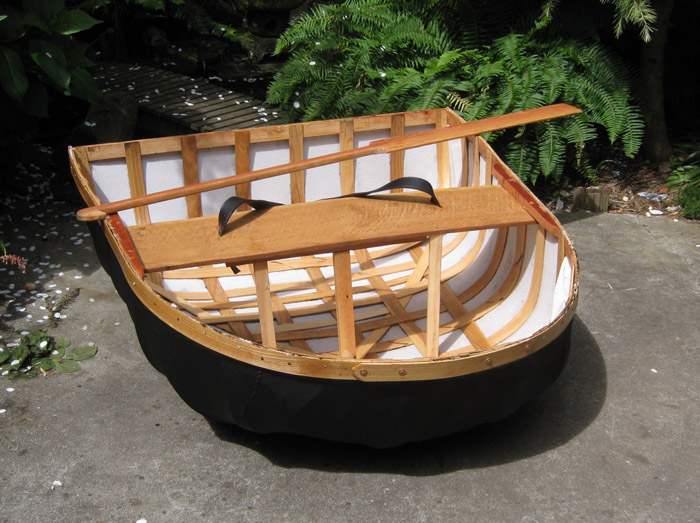 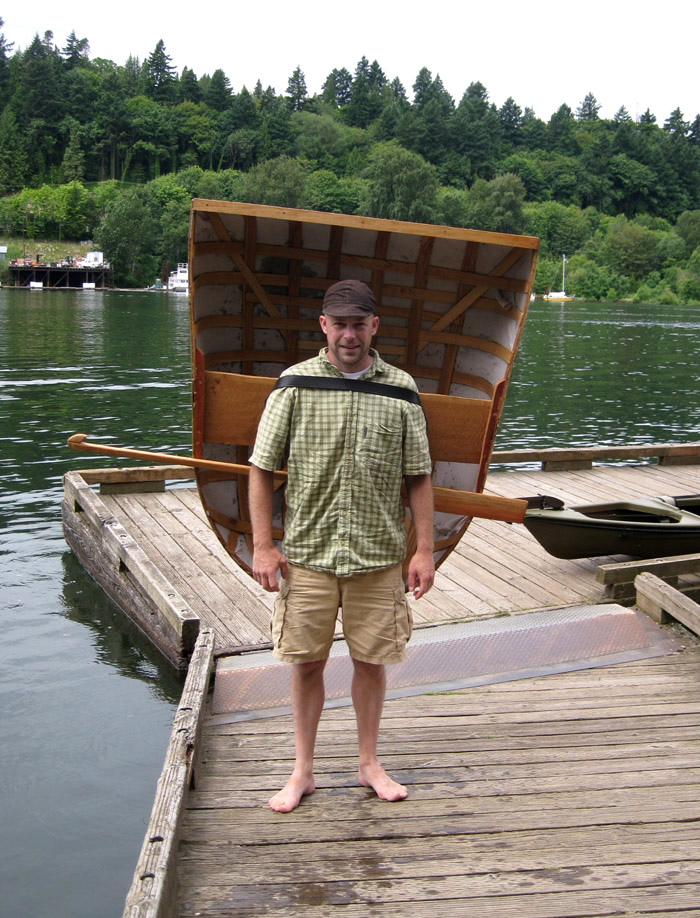 The proper coracle carry: The strap goes across the upper chest, and the paddle is held aganst the back by the coracle. 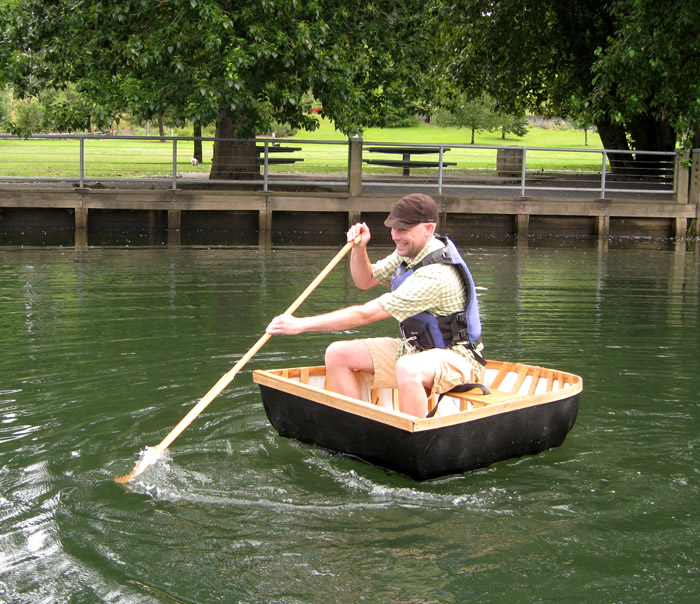 Launch day (6-2012) -- on the Willamette River. The coracle was a success! Its rather slow (as expected), but very fun and comfortable. It takes a few minutes to get the hang of sculling, and I imagine a few days for the body to get used to the idea. All in all, a very fun boat. 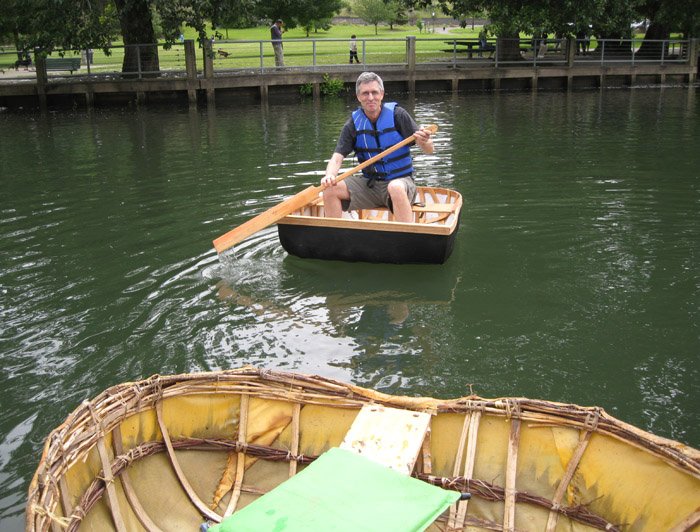 Steve Carrigg giving my coracle a try. His coracle is in the foreground, and is largely made from hazel rods ("withies"). More of Steve's boats can be seen at hazelwoodboats.com. 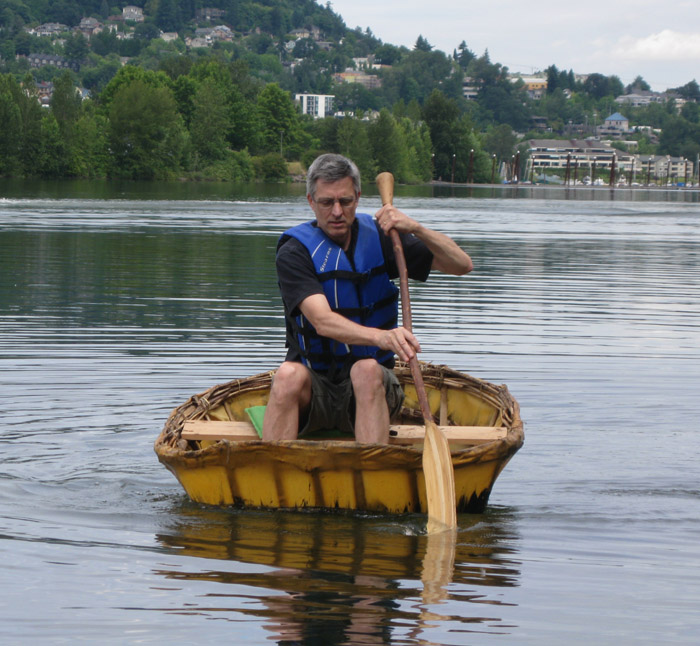 Steve in his coracle.