This baidarka is a re-build of my brother's longer and wider 3-hole that he made in the late 1990s.
He had put plenty of miles on it (30 days on the British Columbia Coast, etc.), and it hadn't been used in several years. Despite having been stored outside, it was in pretty good shape. He said 'have at it!' upon my inquiring, so here is the result of my re-build: Shorter, narrower, and lighter, and rendered much more 'traditional' in appearance. The original was 22'9" long and 31" wide; The re-build is 20'6" long, and 29-1/2" wide. The original gunwales, ribs, chines, keelson, end-pieces, and deck beams were used-- the end-most deck beams were discarded and the existing ones shortened. I literally pulled all the deck beams out without dismantling the hull and used cam-straps to pull the gunwales inward. I also chopped 8" or so of the bow and stern ends of the gunwales, and drew these new ends together with straps-- quite a chop-job! 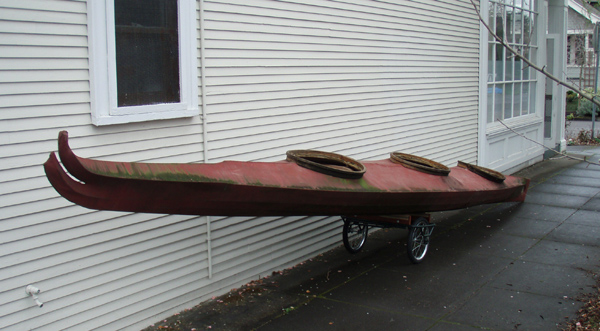 Faded red with an olive chiaroscuro of moss; 90 pounds of Baidarka (too heavy for me to carry, hence the wheels). 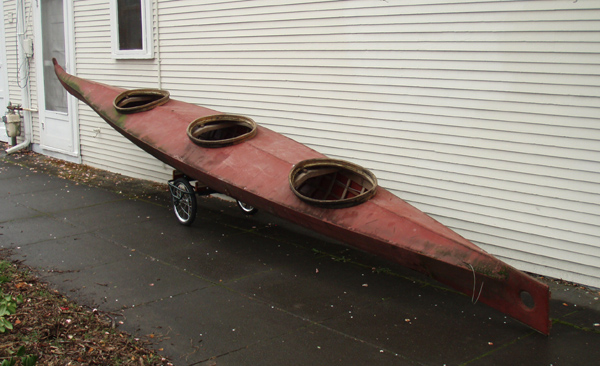 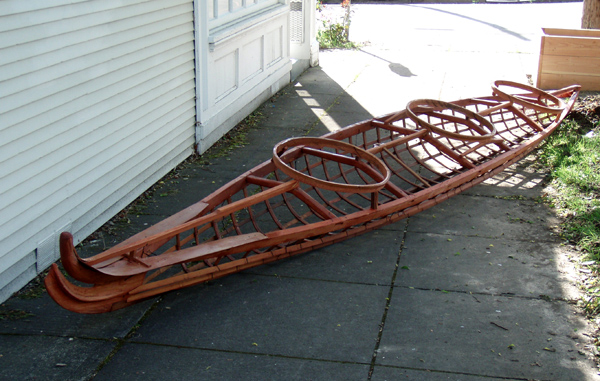 And, Voila! Chopped, pinched, lightened and stained. I did make new coamings as the others were rotted. The new incarnation's coamings will be inside the skin (more traditional), though it is much harder to do it this way. The curved battens on top of the gunwales at the bow had to be replaced; I used the marine plywood seat slats in the original for this. 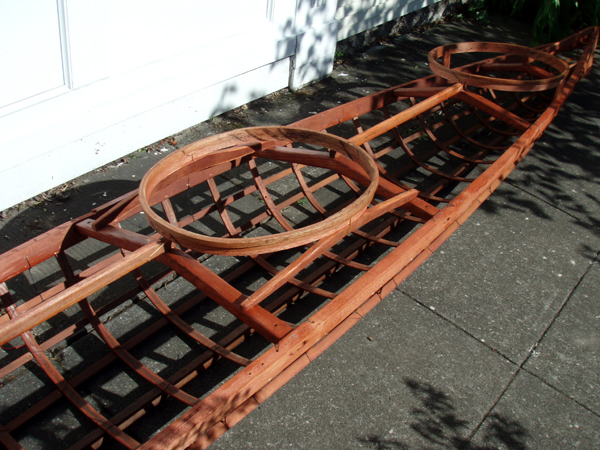 Middle-hole and the steersman's cockpit behind it. Carlins support the middle coaming, while stanchions support the 1st and 3rd hole. 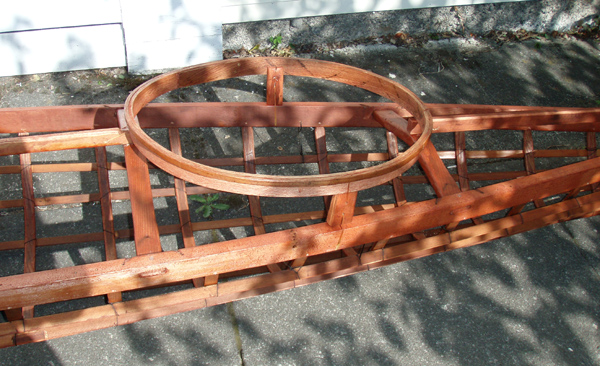 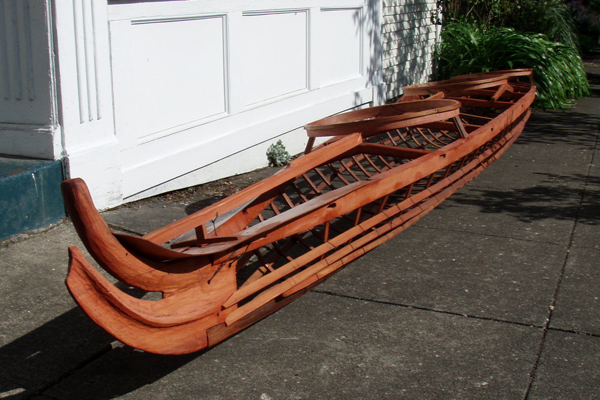 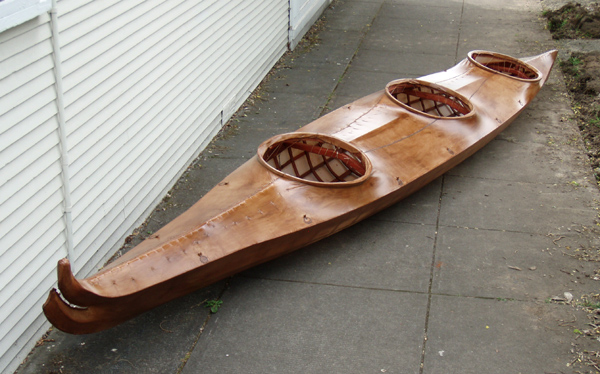 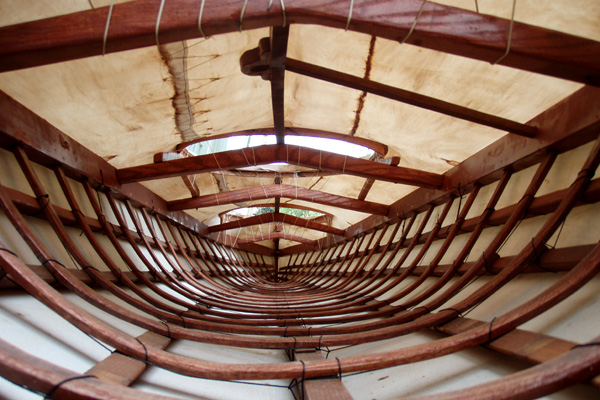 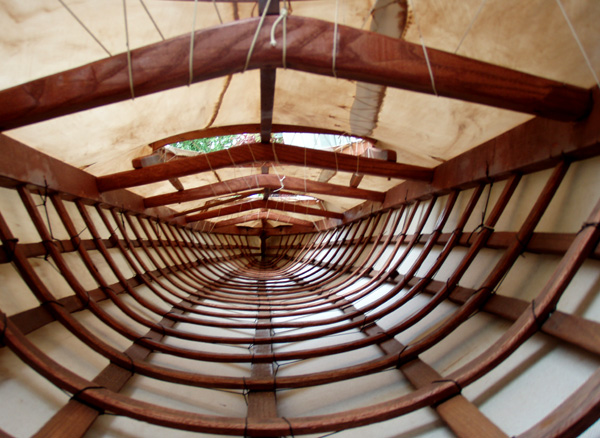 ...and a view forward from the aft-cockpit. 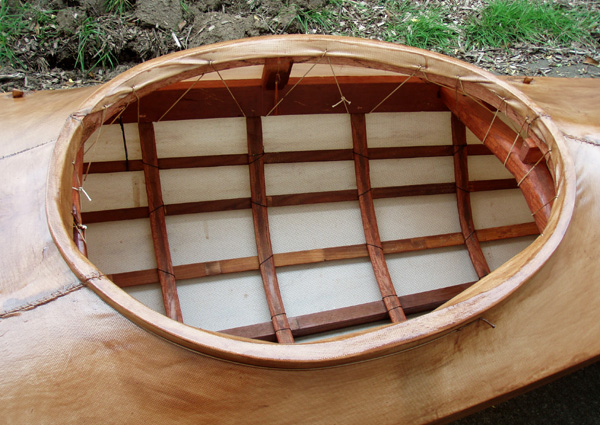 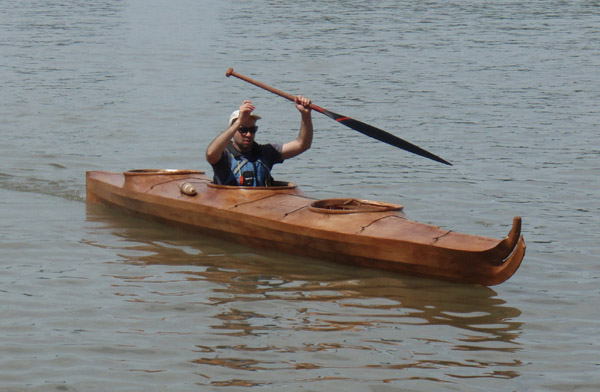 My brother single-handing the kayak from the middle cockpit. 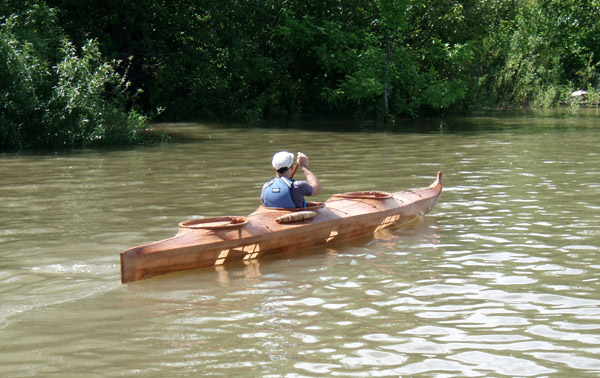 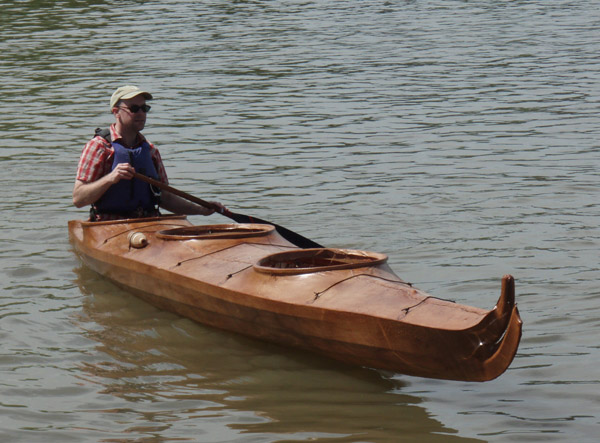 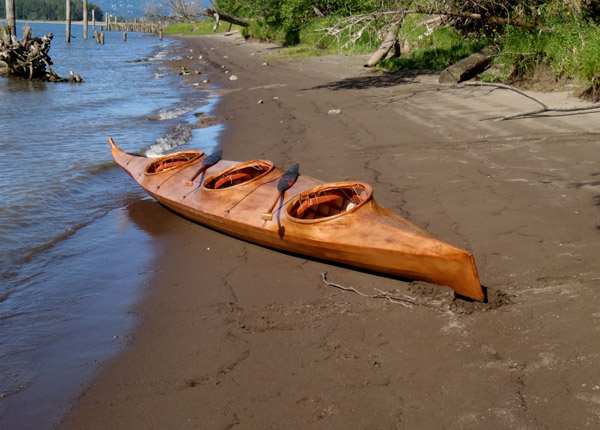 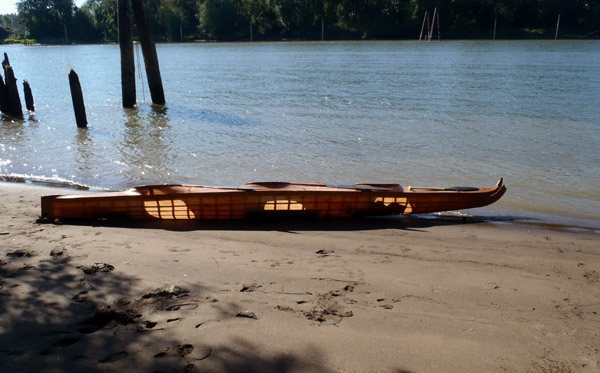 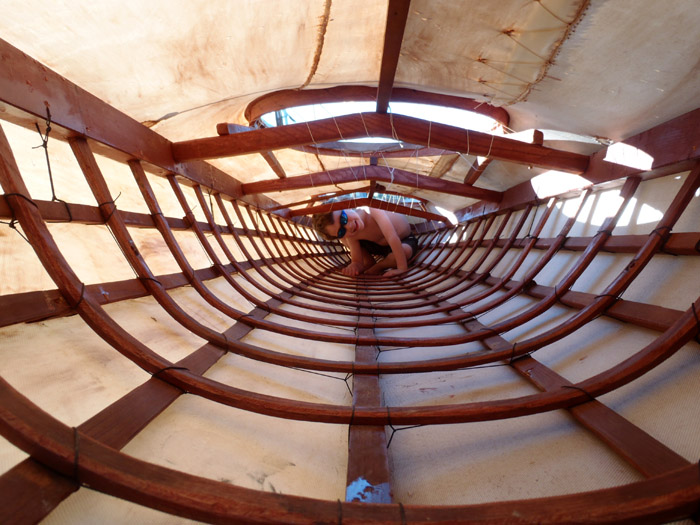