Early Projects: Greenland 'Style' Kayaks
1993-1994
My first two kayaks were built from video instructions made by Robert Boucher.
My first kayak was the first one I had ever been in, so the experience was all
quite new to me. Needless to say, I didn't have any sense of kayak design and
resulting characteristics-- my kayak was extremely tippy, and it took months
of practice to learn how to handle it. Eventually I was using it in surf, rivers, and
even for camping, despite its 19" beam. 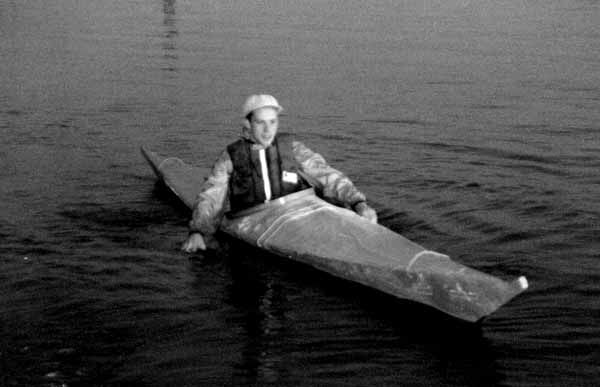 First time in a kayak-- not having a paddle didn't prevent me from launching. 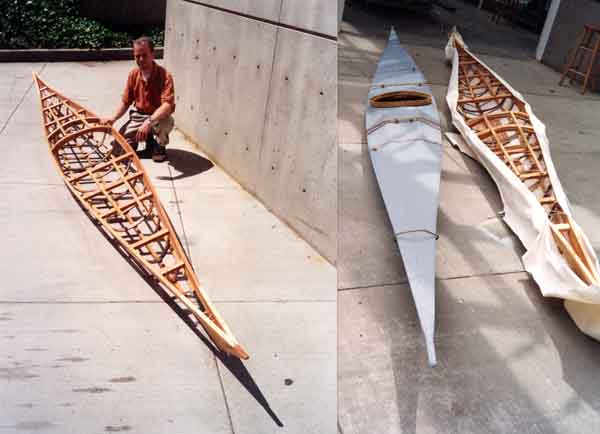 On the left is the frame of my second kayak, built for my mother. The photo
on the right shows my first kayak and the second kayak's frame being canvassed. 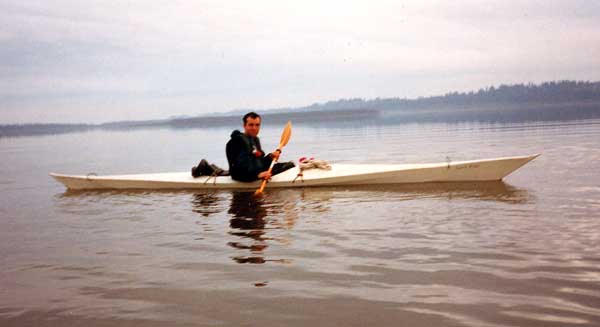 My brother Don in my second kayak.