This is a replica of a kayak I surveyed in 1998; I surveyed 24 on that trip, and this is the only one that wasn't from Greenland. The original is very crudely made, but yet elegantly formed. The materials the original builder had used clearly spoke of a wood-poor environment. Scarf joints in the gunwales began on one edge before scarfs on the other edge ended! Most interesting was the use of baleen for several structural pieces: The coaming, some of the ribs, and portions of the chines were baleen. My replica has a plastic coaming, which works and looks like the original's. 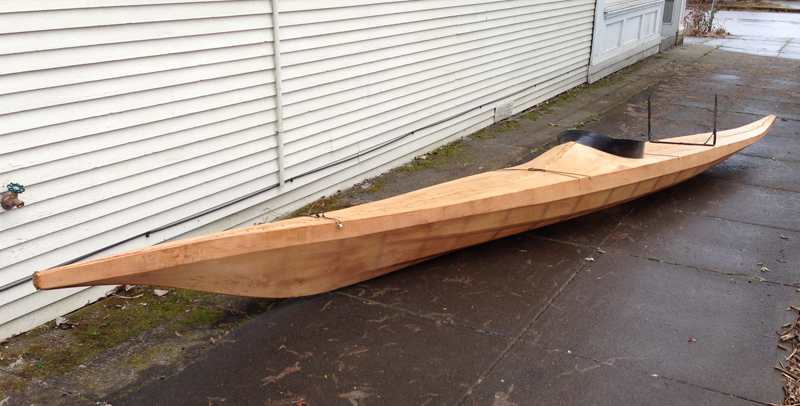 The rack on the aft-deck is made to hold the harpoon's float in place. This pieces was baleen on the orginal. 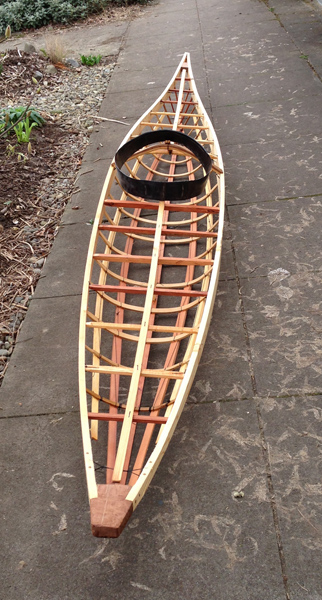 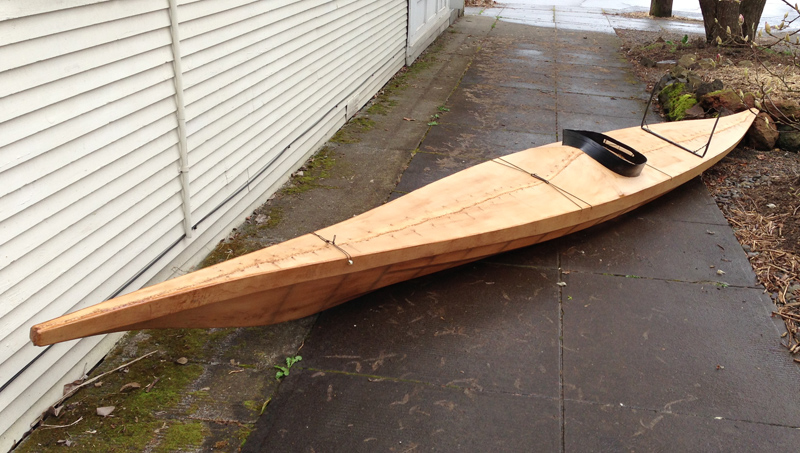 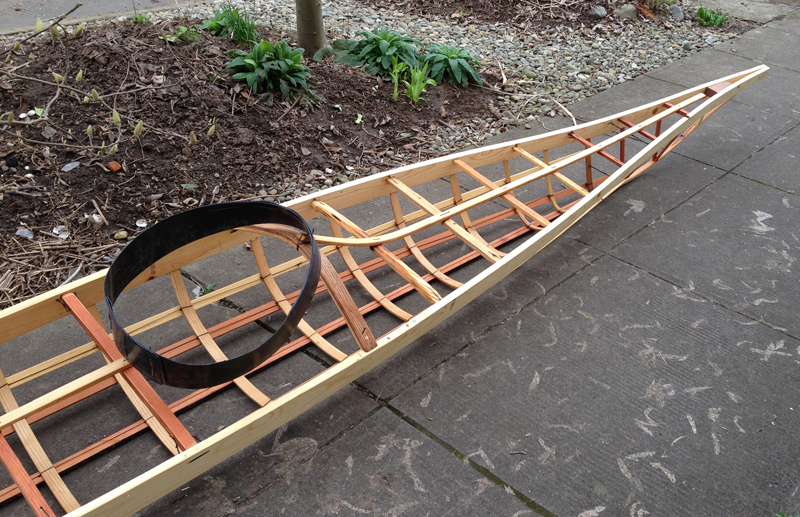 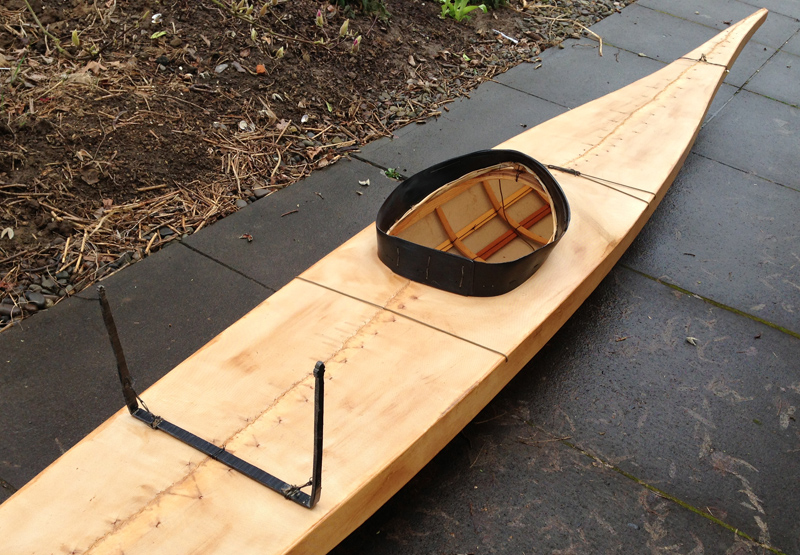 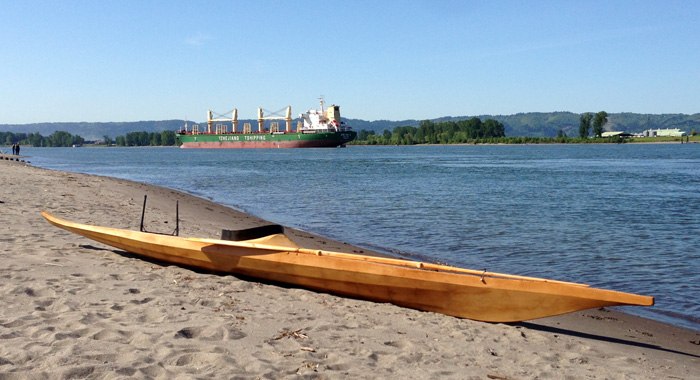 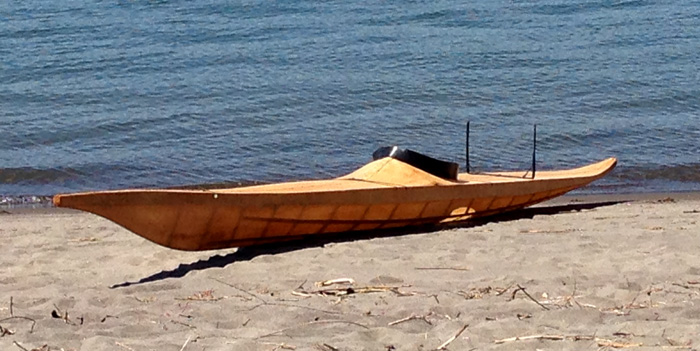 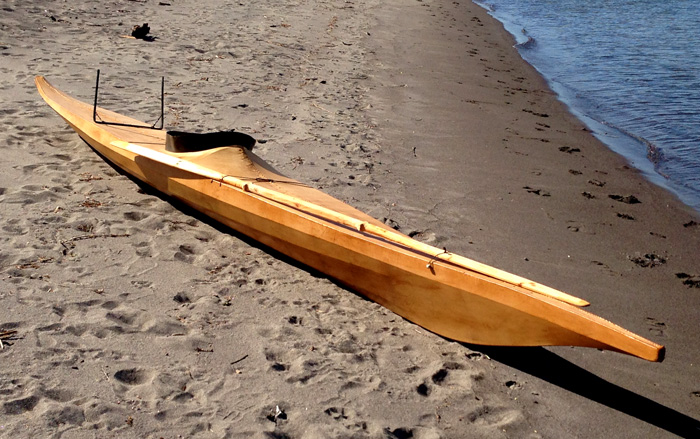