This is a replica of a kayak likely collected by Dorr F. Tozier in the late 1800s. The Museum of the American Indian
acquired it in 1918 from the Ferry Museum in Tacoma, Washington. It measures 14'1-1/4" long and 23-3/8" wide. The lines of this kayak are published in "Kayaks of Alaska."

Two views of the replica King Island kayak's bow block. I carved it from cedar driftwood. 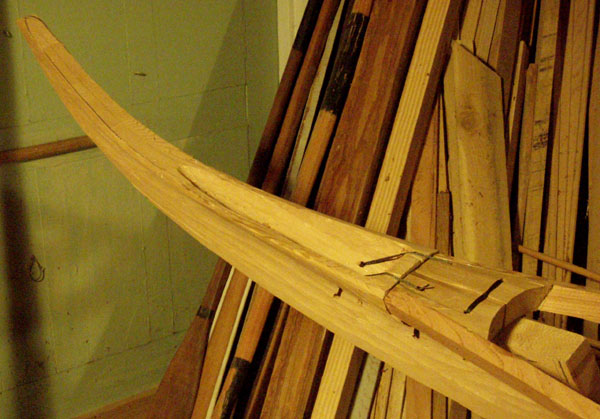 The bow block lashed in place. 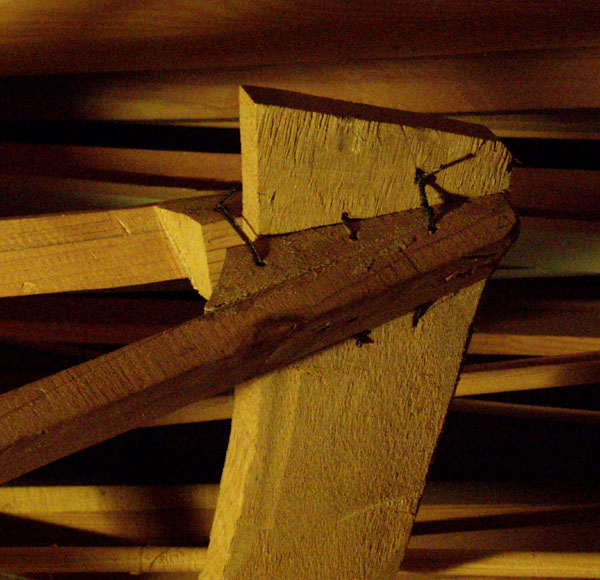 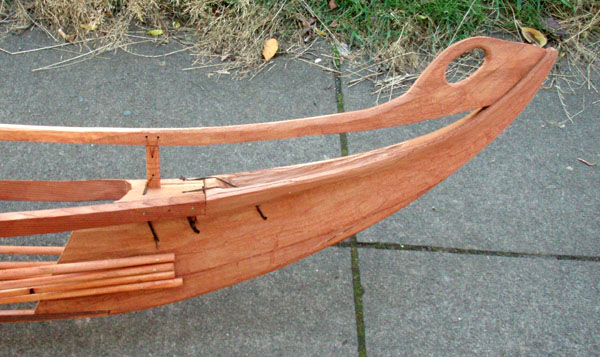 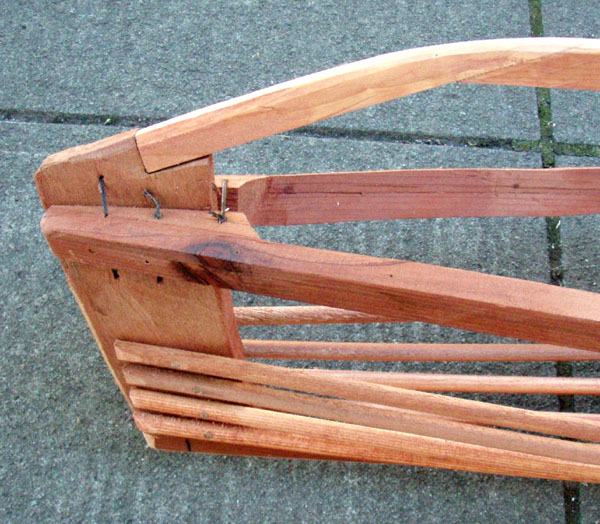 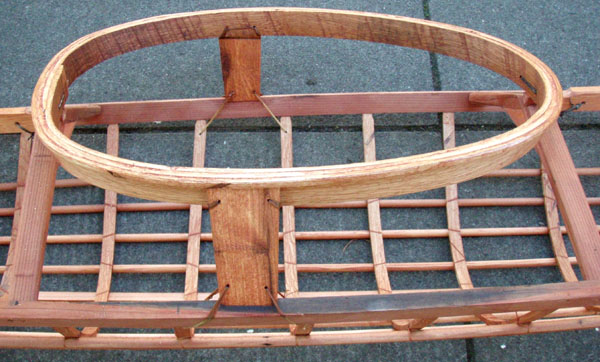 Detail of the cockpit coaming's stanchions: Note how they are lashed to the adjacent ribs. 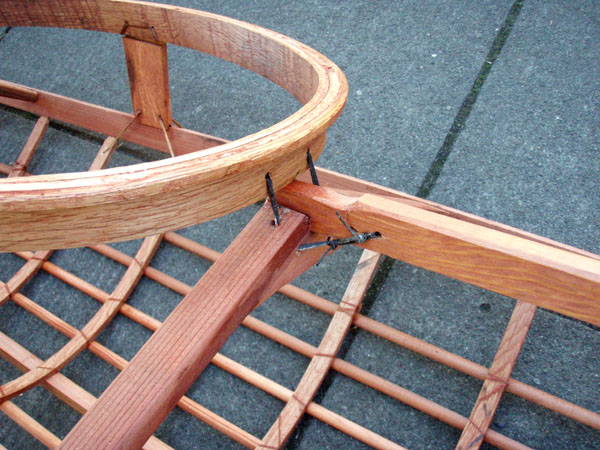 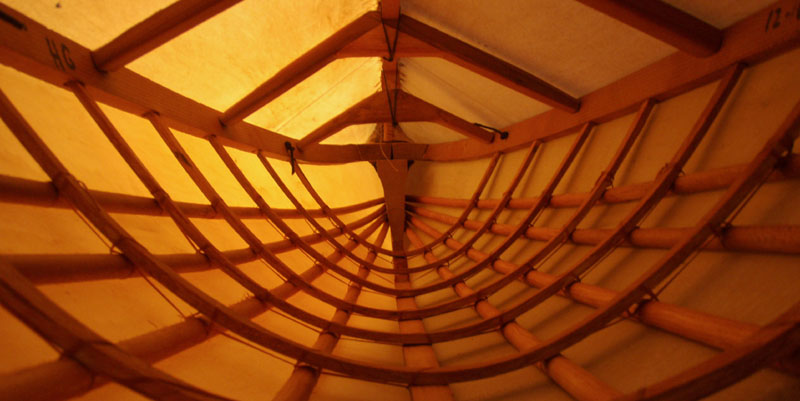 Bow Interior of the completed replica. 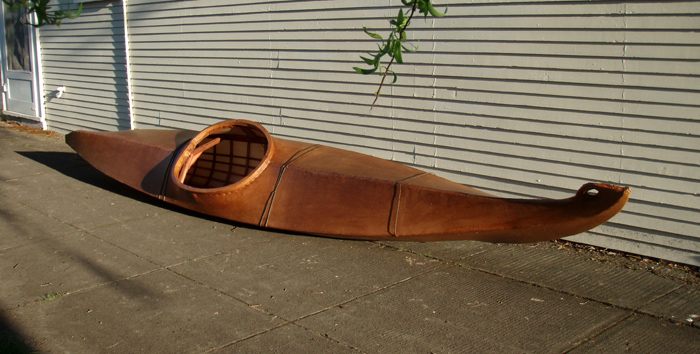 Another view of the finished replica. This kayak was completed in December, 2008, but launched
on April 19th, 2009. 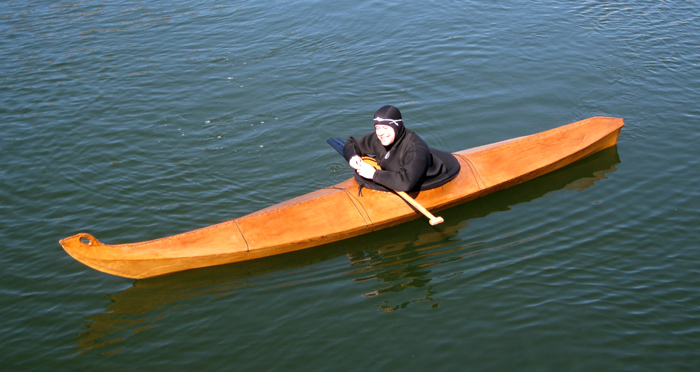