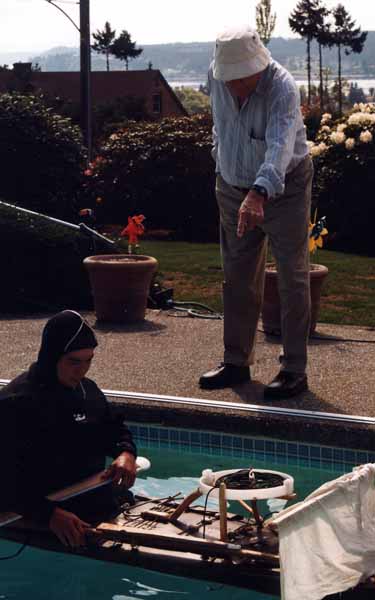 John Heath and Maligiaq Padilla during the filming of "Paddling
With Maligiaq" in Tacoma, Washington in 1999. Maligiaq used my East
Greenland replica for the under-water scenes of him rolling. 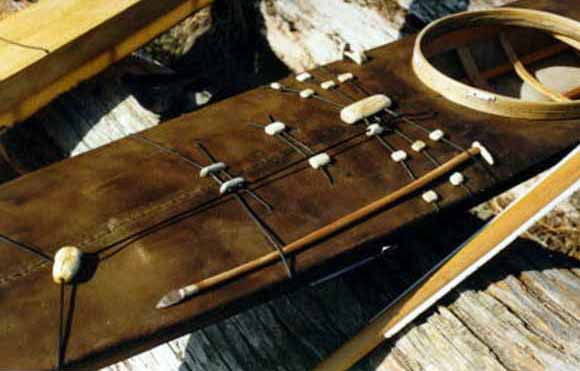 Setting up for a traditional Greenland kayak roll: Reverse Sweep with paddle
held behind the head. 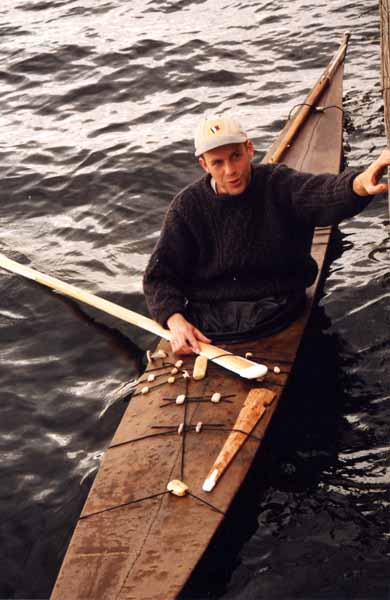