This replica is based on a kayak from Upernavik in Northwest Greenland, collected in 1930. It had originally gone to the Danish National Museum, but has since returned to Greenland (Nuuk), where it remains in the collections of the Greenland National Museum. It measures 17'2-1/4" long, 18-7/16" wide, and 6-1/4" deep. The lines of this kayak have been published in WoodenBoat Magazine (Jan./Feb. 2003, pg. 55). If you build from that drawing, perhaps decrease the rocker an inch at each end. An updated drawing with proper rocker appears in Kayaks of Greenland. 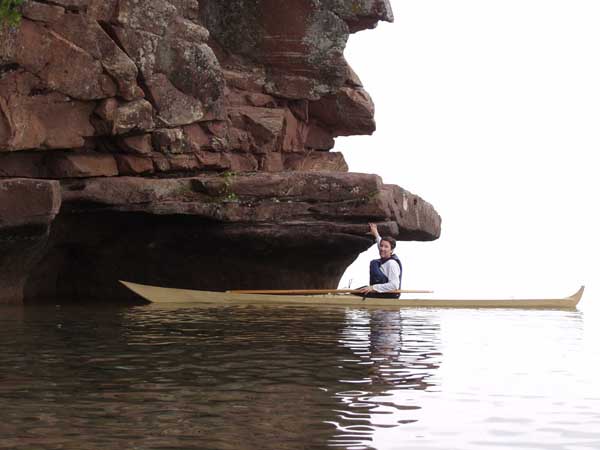 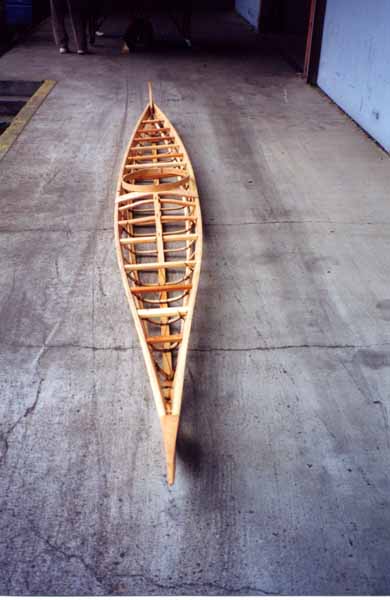 Head-on view of the frame. 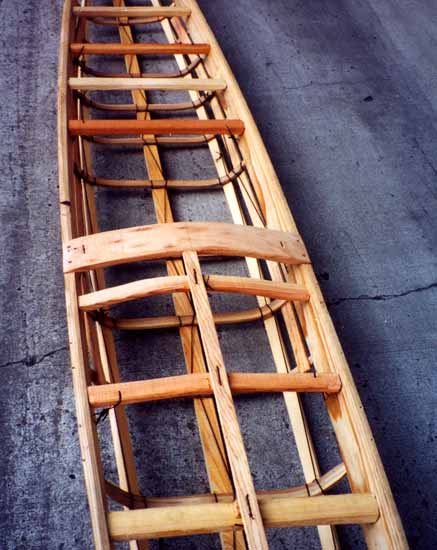 The KNK 2237 has a single forward deck stringer, and none aft.
Also note the shorter secondary chines above the main chines. 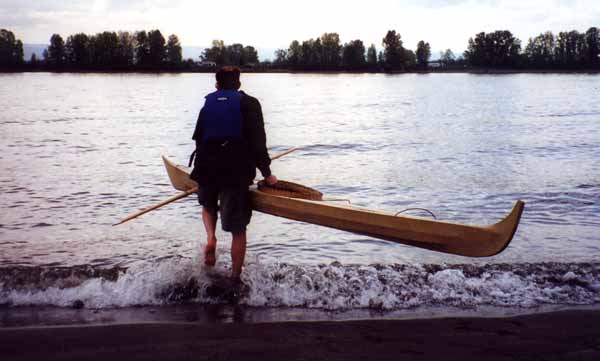