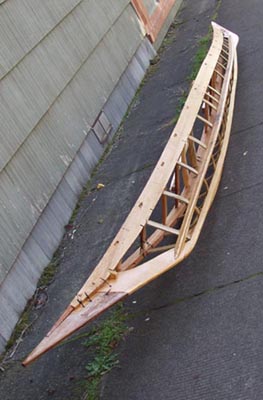 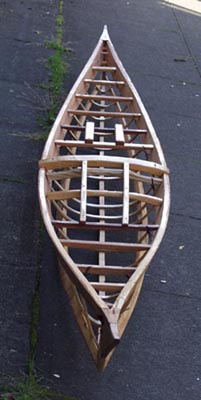 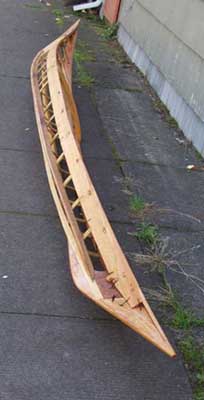 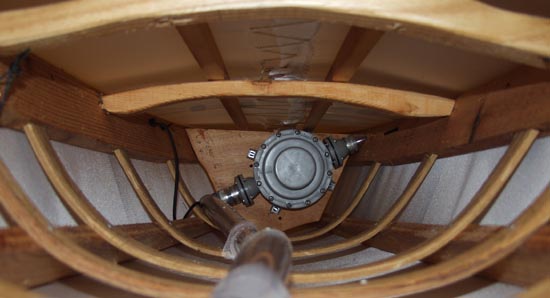 After completing the frame as a replica, I pulled a deckbeam out and fitted a plywood
bulkhead and mounted a foot-operated bilge-pump to it. The outlet is a 1"tube that is
crushed slightly into an oval and fitted directly through the gunwale (on the right). The
inlet runs back to the cockpit-- the lowest point in the kayak. The hull is roomy enough
that the tube is hardly in the way of my legs. 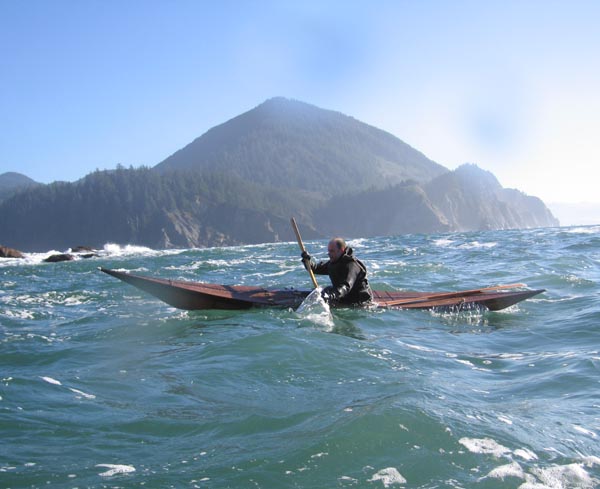 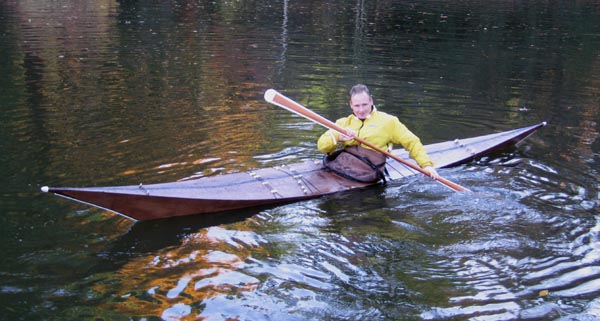 Profile of the KNK 2050 replica. Both Brian and I found the kayak to be tippy at first, but
quickly adjusted to it. I could definitley feel the effect of the integral skeg-stern-- It tracked
a bit stiffer than most Greenland Kayak replicas I had built before. It wasn't too stiff, as it
still turned easy enough. The bow would trim a bit lower if the kayak were equipped with
hunting gear, i.e., a rifle, harpoon equipment, and lance aboard.