The original is in the Danish National Museum's collections (Ib.160), and its lines have been published in David Zimmerly's "Qayaq: The Kayaks of Alaska and Siberia" (1986, 2000:29, fig. 38.) The lines depicted in Qayaq are of the damaged original; my replica is 'restored' to form, i.e., the sheerline has been straightened out. This kayak measures 14'3" by 26." This kayak made for a very good choice for my 1999 Columbia River trip, covering some 800 miles loaded with gear, food and water. I have built three of these kayaks. A particularly good article (by Joe Kelley) on how to build this type of kayak was published in SeaKayaker Magazine in the April 1996 issue. The lines of this kayak also published in "Kayaks of Alaska." 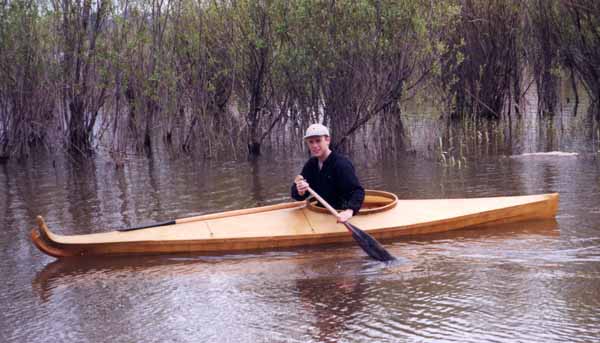 This image shows the kayak being paddled on one's knees, with a single bladed paddle. 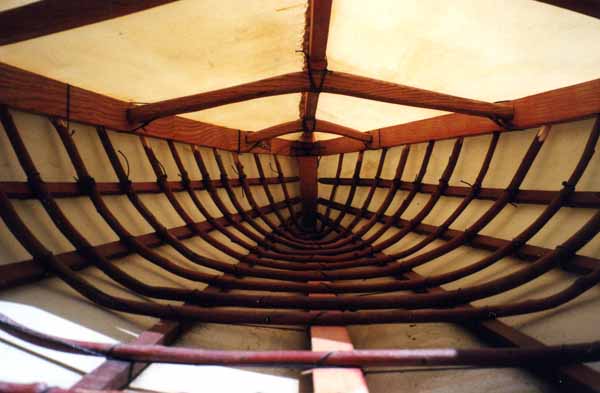 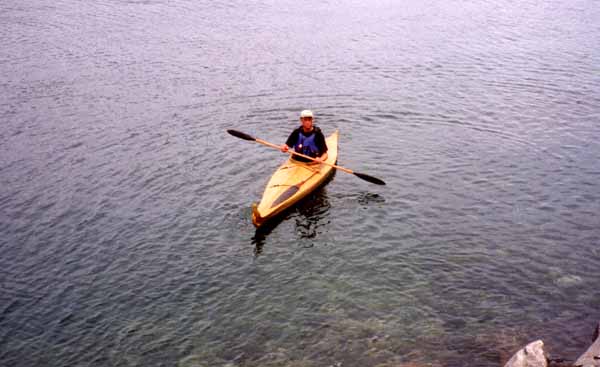 In 2010 I replaced the skin of this replica; here are some photographs of the freshly re-oiled 12-year-old frame, as well as pictures of the new covering: 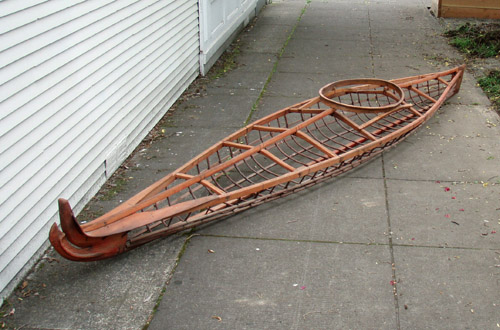 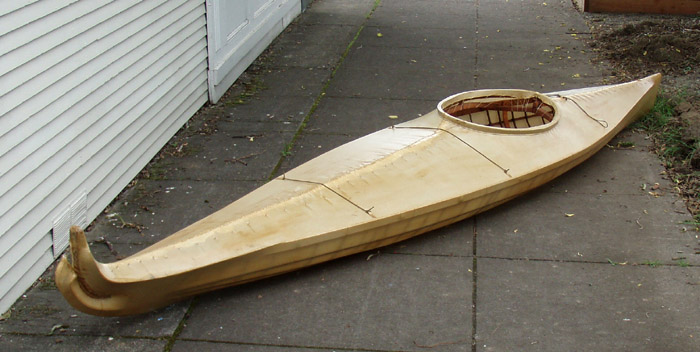 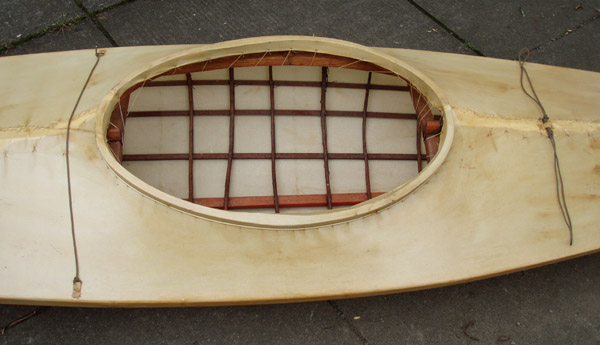 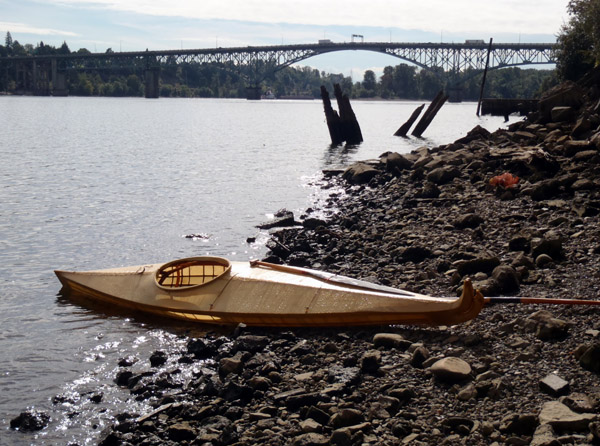 Re-launched, 9-2010. Portland, OR, with Ross Island Bridge in Background. 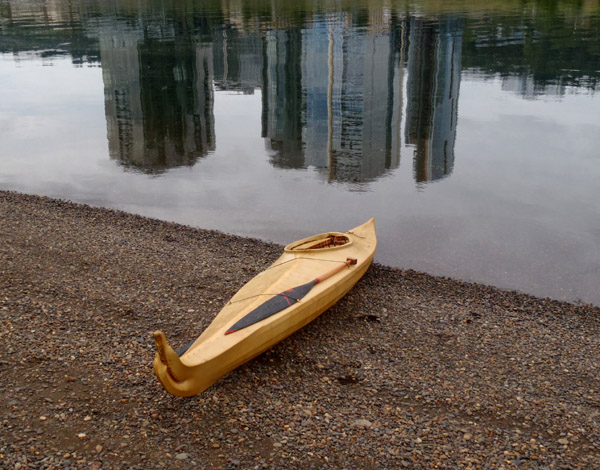 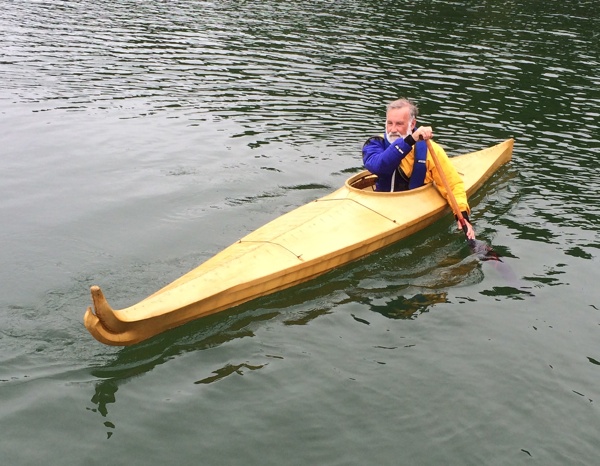