The original kayak is in a museum in Hindeloopen, the Netherlands. It measures 18'8"long, and 15-5/8" wide, with a depth-to-sheer of 6-7/8". The weight of my replica is 20#. The photograph below depicts the recovery of a roll by Maligiaq Padilla, many-time Greenland Kayaking Champion from Sisimiut. Maligiaq used this kayak during demonstrations in the Seattle area in Spring, 1999. He reported at the time that it was the fastest kayak he'd ever been in. The lines of this kayak have been published in SeaKayaker Magazine (Oct. 2002:10-11), and in Kayaks of Greenland. 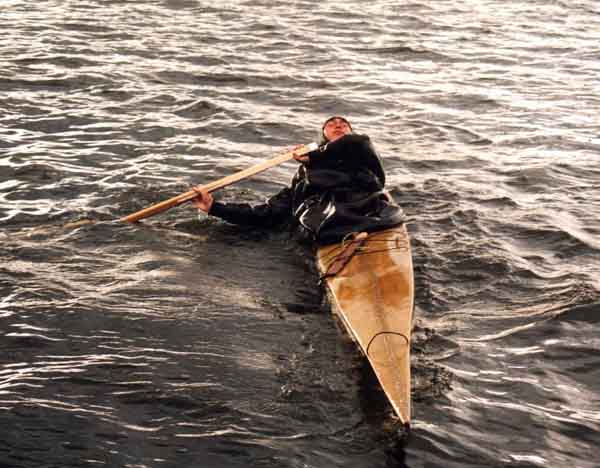 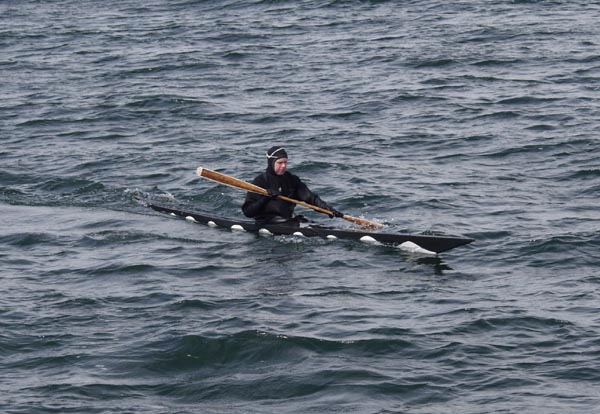 Off Whidbey Island in the "Hindeloopen" replica, 2006.