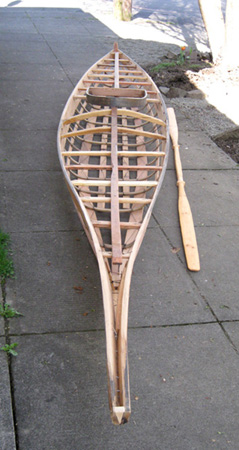 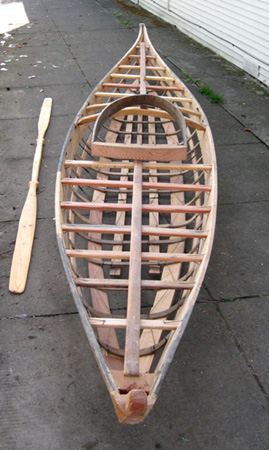 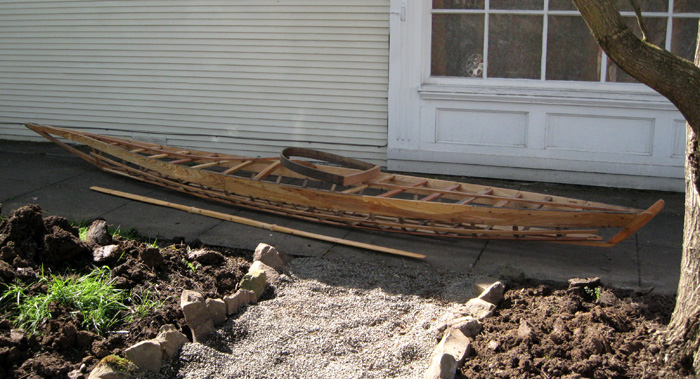 The color scheme mimics use of scraped and un-scraped sealskins. Such a pattern is relatively common on kayaks from this region. 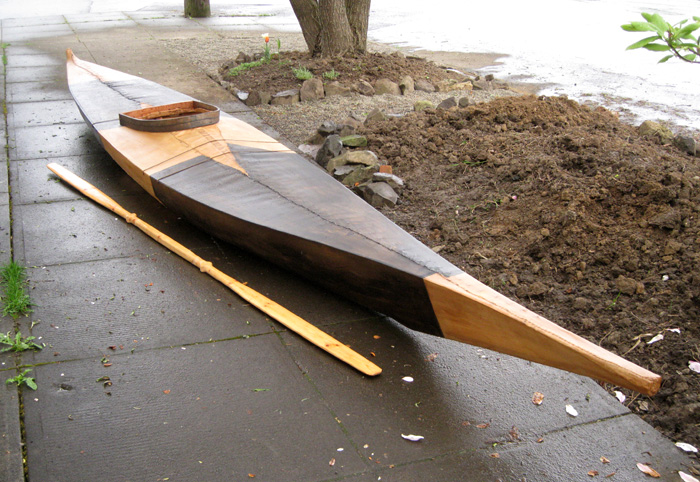 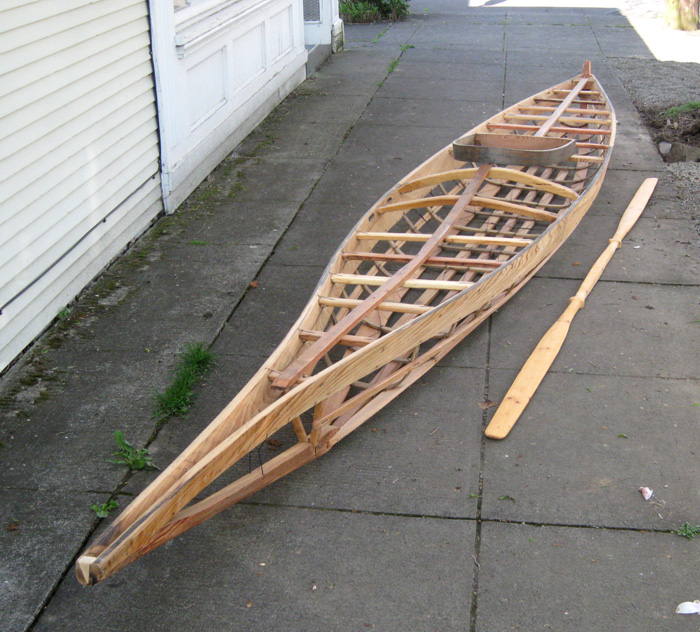 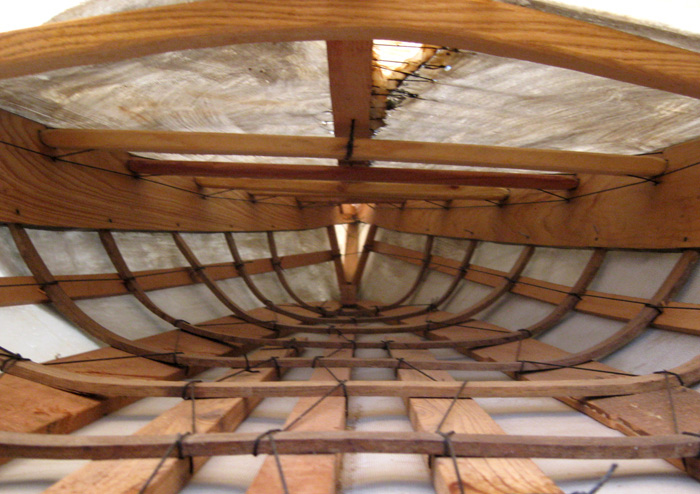 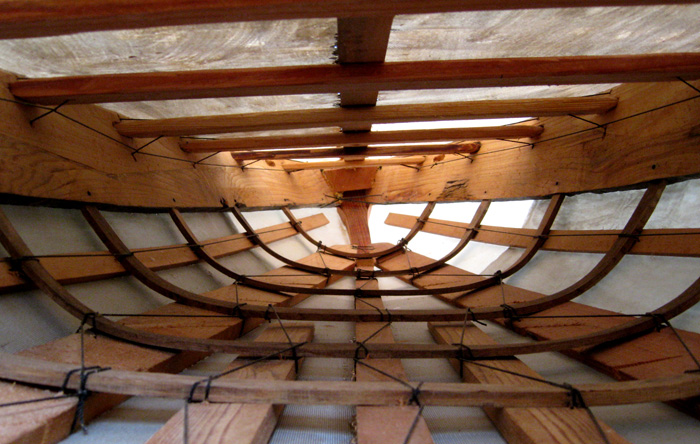 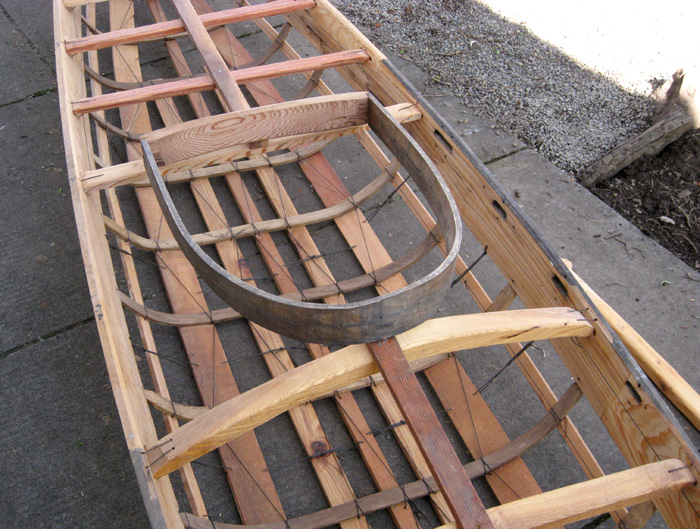 The gunwales are recycled from an earlier project, as is the coaming front. 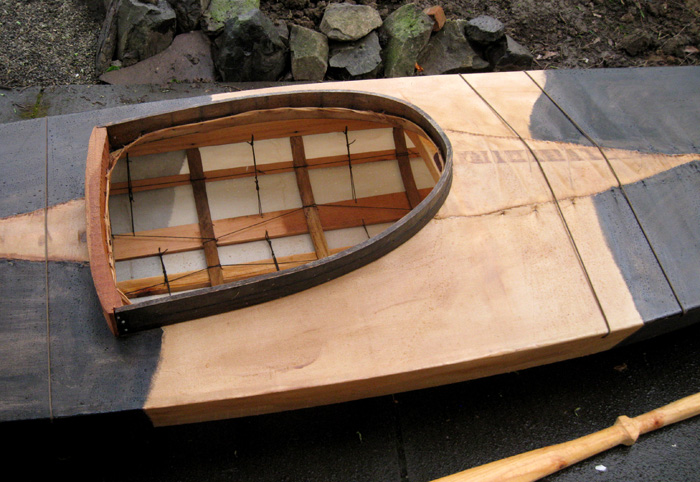 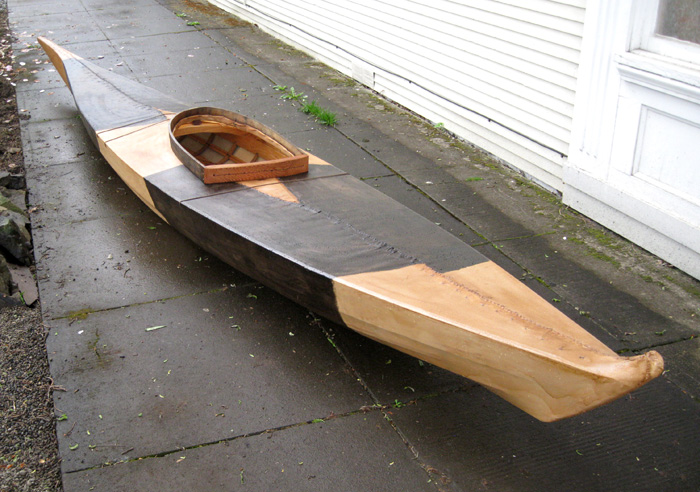